PEACE INTENTION EXPERIMENT
"‘I felt like I was part of a power surge (sort of like what I imagine it would be like to be locked in a tractor beam like is described on Star Trek). I was being pulled along on this giant wave of energy while also being part of the cause of the wave – it was very powerful.’

This is just one of similar comments from a participant in one of our large-scale Peace Intention Experiment, and ever since that time I’ve been puzzling over what exactly happens when people come together to intend as a group. Our participants continuously report experiences they describe as ecstatic and emotionally profound (many even sob uncontrollably during the experiment), and they feel such an overwhelming sense of connection with the other participants and the target that this attachment carries on after the experiment is over.

‘I was completely overwhelmed by so much love. I felt immense gratitude and tears just kept flowing. The energy kept flowing for hours and afterward I also slept peacefully. I felt deeply connected and at peace.’"Learn More From Lynne Mctaggart 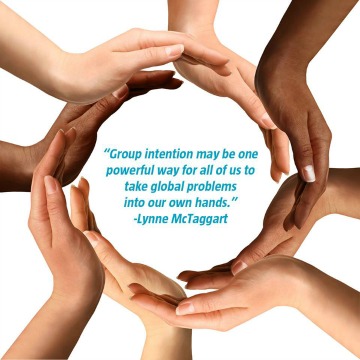 Army doctors have been told by the top brass to rethink their "pill for every ill" approach to treating pain. For the 47,000 troops who've been wounded in Iraq and Afghanistan, some of the new options include less tried and true methods, like massage and chiropractic treatments. The military hopes to win over skeptics, many of them in uniform.

One of Earth’s greatest treasures is soil—without it, we could not survive. Soil is the mother of nearly all plant life, and ultimately all animal life on Earth. It’s the interface between biology and geology, the living skin of our planet.

A new documentary, “Dirt! The Movie,”1 brings to life the environmental, economic, social, and political impacts of soil. Sharing the planet with humanity has all but placed soil on the “endangered species list,” due to greed, ignorance, and lack of respect for the earth.

Our very lives depend on the top five centimeters of soil, which keeps our biosphere healthy and teeming with life. Soil is quite literally a matter of life or death—our life or death. India calls its soil “Sacred Mother” because it’s the source of all fertility.

We’ve lost one-third of our topsoil over the last century as a result of industrialized agriculture, monocropping, erosion, and deforestation. Each year, 100 million trees are turned into 20 billion mail order catalogs.

Instead of being narrowly focused on growing food, we should be putting our efforts into building and restoring healthy soil. Not only is healthy soil necessary for nutritious food, but it has other important functions across the globe. Learn more here holistic news

Anxiety Is 800% More Prevalent Than All Cancers Combined

According to recent research,1 anxiety (characterized by constant and overwhelming worry and fear) is becoming increasingly prevalent in the US, now eclipsing all forms of cancer by 800 percent.

Nearly 13 million adults have struggled with anxiety in the past year, the study found; including 4.3 million people who were employed full time, and 5.9 million who were unemployed.

In all, nearly six percent of adults over the age of 18 report having anxiety. Fortunately, there are many treatment options available, and some of the most effective treatments are also among the safest and least expensive, and don’t involve drugs.

In light of the rising numbers of people struggling with anxiety, employers are urged to be sensitive to employees with anxiety, and are advised that simple accommodations can make a big difference. Learn More Here Holistic News

Muscle of the Soul?

"The psoas major muscle (pronounced “so-as”) is often referred to as the deepest core, or as yoga therapist and film-maker Danielle Olson states, the “muscle of the soul.” This core-stabilizing muscle located near the hip bone affects mobility, structural balance, joint function, flexibility, and much more. In addition to its function to help keep the body upright and moving, the psoas is believed to allow you to connect with the present moment especially when it is stretched out and tension is released from the body.

Research indicates that the psoas is vital to our psychological wellbeing in addition to structural health. Liz Koch, author of The Psoas Book, states that our psoas “literally embodies our deepest urge for survival, and more profoundly, our elemental desire to flourish.” This means that there is a lot more to the psoas than one might initially think. It is entirely possible to harness healing pranic energy and improve mental health by keeping the psoas healthy." Learn More 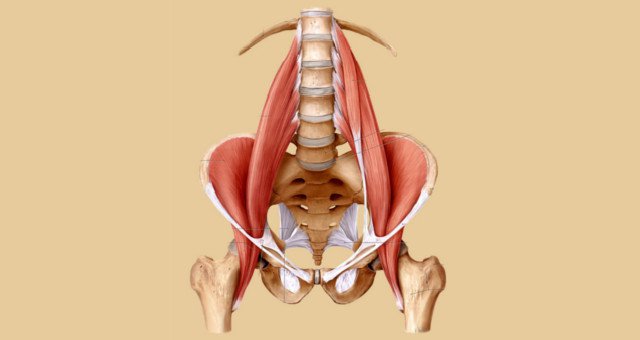 Advertising Rate
Special 3 Features $35 on this site and/or
Get a Premium membership here FREE
http://www.holisticmedicinegps.com/